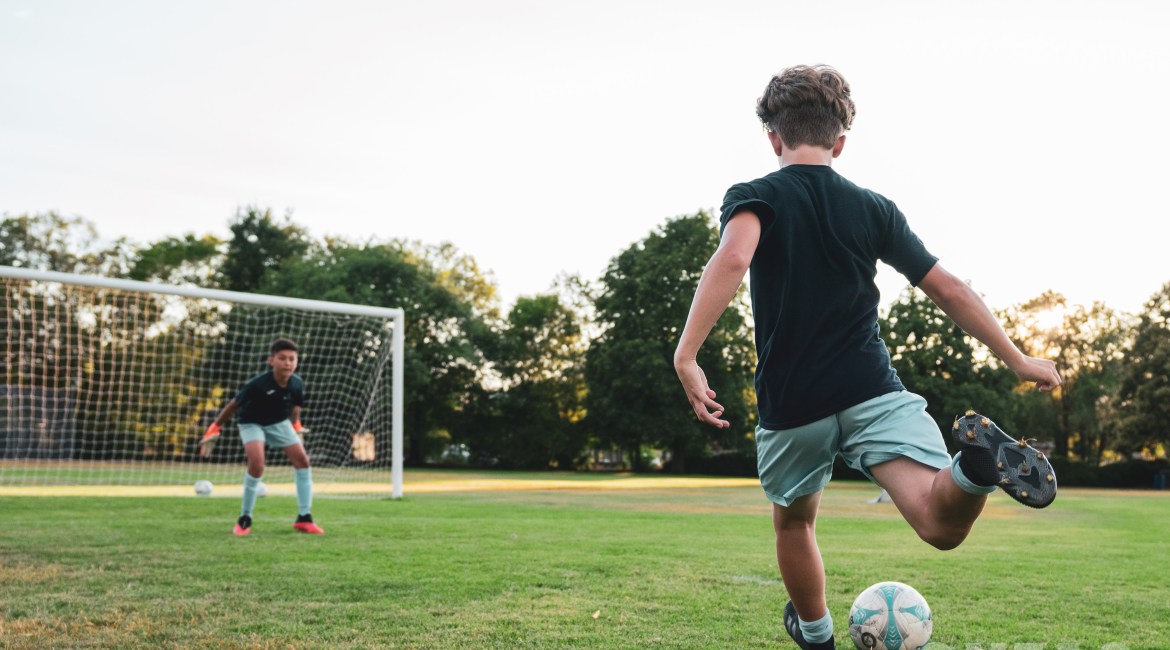 Like most youth soccer clubs, I suspect, we were very disappointed to be returned to “Distance Training” last month due to the ever increasing Covid 19 numbers. Our younger Development Teams were full on into our Winter futsal program at the time, and we were making great progress with the overall quality of their play. Our older Youth Teams were enjoying a new Winter co-ed inter squad competition, which was proving to be a lot of fun and had reached the semi final stage. Everybody within the club…players, coaches and parents…breathed a collective sigh of frustration as we received word that we could no longer run those activities.

So Distance Training it is then…..and I suspect for longer than the duration of the Public Health Order ! We spent our entire Summer this year thinking up different ways to keep the players engaged with the club and the sport, whilst maintaining distance. We got pretty good at it, and whilst most clubs were dealing with dwindling numbers and low player retention, we are very proud of the fact that OFC grew by nearly 50% during this time. Player engagement was our focus back then, but this time around it’s a little different….it’s Winter, we are indoors, and the next phase of training for January and February is completely optional for our players, as we know that some of them like to concentrate on the ski season at this time. So this time around we have decided to really get focused on TECHNIQUE.

Each session during the next phase, for each of our teams, will be mainly focused on just one technique…it could be a way of striking a ball a particular way, or a method of controlling the ball from the air, or a type of heading technique, or any one of literally dozens and dozens of other techniques that might be used during a game. We like to think of it as building the players toolbox, each tool that they gain makes them a better player…and now is a perfect time to add to their tools. We have already started to structure our sessions this way and a couple of very important things have struck us straight away.

Firstly, we can comment on the state of the general typical OFC player’s current toolbox. Our teams are all coached in a similar way and we have a clear and concise playing philosophy across our entire club…and we very rarely stray from it. The players are taught very early that control of the ball is of paramount importance. Our teams tend to enjoy lots of possession and move the ball very well. We generally like to play at a fast pace, and we like to think that the type of soccer that our teams play (most of the time !) can be very entertaining. We never play ‘kick and run’, we rarely put the ball in the air at all, and we hardly ever set up 50/50’s. This has led to most of our players developing techniques that are related to this way of playing that are quite exceptional. Our teams are all at different stages of development, of course, but it is fair to say that after a year or two at OFC, generally speaking, our players control the ball on the ground very well and pass the ball beautifully.

That deals with the quality of the typical OFC players current toolbox, now we want to address the SIZE of it !

Our players toolbox is way too small, and that goes for all of them ! When we focus in on one technique it becomes apparent really quickly that what we as coaches can sometimes take for granted is missing completely. How to chip a ball, how to volley a ball, how to time a half volley, and how to bend a ball….these are examples of some of the techniques that we have been experimenting with this week in training with our teams. It has been quite good fun and the results have been really interesting. In short, most of the players cannot do most of these things….and that is because they have never been shown. Like most clubs, we are often in a hurry to get through our drills and sequences and exercises so that we can play a game of some sort. The truth of the matter is that actually all of our teams, especially the younger ones, could actually use a little less game time and a little more development of a wider range of techniques.

Now that we no longer have a choice in the matter, this is exactly what we have decided to do. OFC players who participate in the January and February training phase can expect to be shown a variety of different techniques, and to be encouraged to experiment with them. Just like our Zoom classroom sessions that were a result of the Spring shutdown, don’t be surprised if technique, or “Tekkers Classes”, becomes a permanent part of the OFC program.