Soccaskool Development Teams compete with the best from The Coast 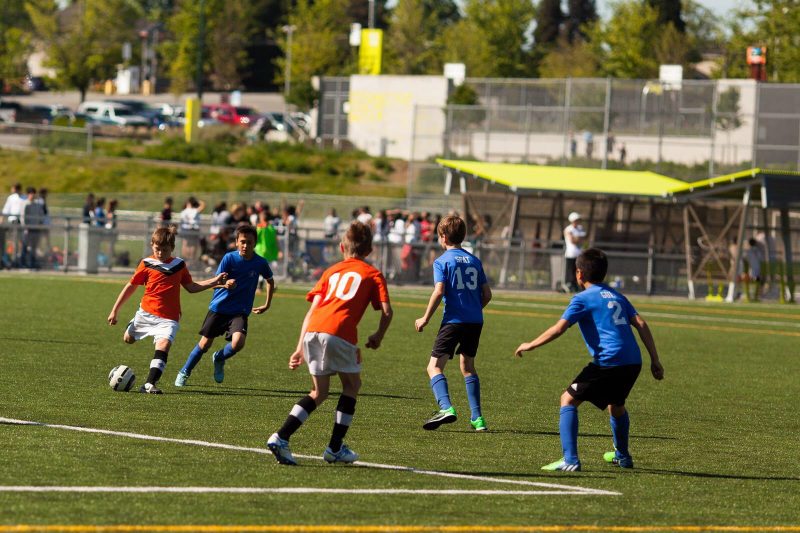 Recently we took our entire Development Teams Program to The Coast to compete with some of the best and most prestigious academy programs in The Province. We took our U9, U10, U11 and U12 boys teams down there to play against teams of the same ages from The Barcelona Academy FCB Escola, TSS Academy from Richmond, and the Faly Canadian/French Soccer Academy.

We watched some great soccer and played in some very competitive and entertaining games.

We learned that each of our opponents academy programs are extremely professional, highly motivated, very well coached, and get excited about the same things that we do ! developing young players to play great, attractive soccer.

During the weekend we also learned about ourselves. Our U9 team is quite a long way behind the level at which these teams were playing, but that is ok and it was a good eye opener for our players, who now have a target for which to aim. Our U10, U11 and U12 teams are right up there, playing at a very similar level to these opponents. We had some very exciting, and very close matches with each of them, it was a pleasure to watch development soccer being played like this.

There were many highlights over the weekend. The U10 and U11 matches against Faly on the Sunday morning at the Empire Stadium in Vancouver were particularly exciting and entertaining….those guys have great intensity ! The players were obviously very excited to play against the Barcelona Academy on the Saturday, and FCB did not disappoint with the way they welcomed us and hosted those matches. It is always great to see the TSS teams in action, as Soccaskool is somewhat modelled on the TSS Academy and we believe in many of the same philosophies as they do.

Moment of the weekend though has to go to Sam, captain of the U10s, against Barcelona. He finished off a free flowing and very fast twelve pass move with a volley that flew into the top corner, a piece of soccer that had even the Barca coach catching his breath and chuckling with delight !

Well done to all of our players and families who represented our little academy superbly ! We were very proud of you all !