U9’s Shine at the Mayor’s Cup 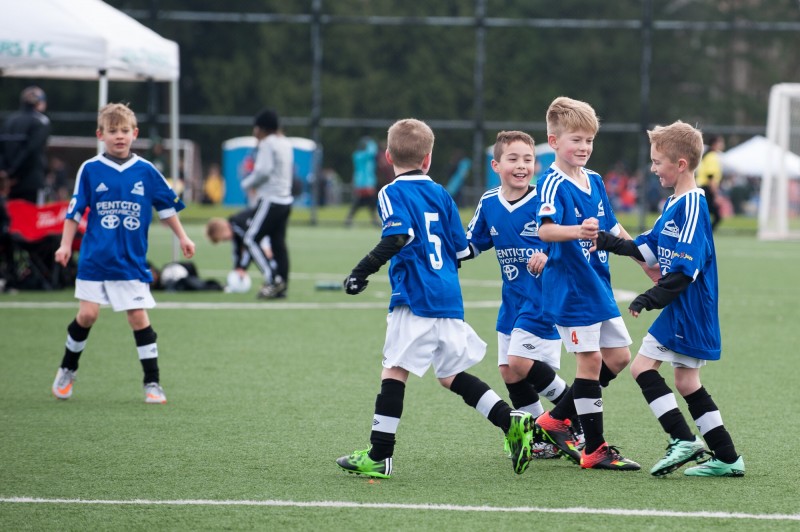 Our U9 Development Team were beyond excited to be playing in their first big tournament and looked good right from the very start.

Game 1 against Coquitlam Metro Ford Juventus was an excellent performance against a strong opponent resulting in a brilliant 3-1 win and would lay the foundation for what would be a great weekend for this young group. Goals would come from Jacob who got the opening 2 goals with Finn adding a third before a late strike from Metro Ford to keep our defensive line of Axl, Game MVP Matteo and goalkeeper Presley on their toes to the last minute.

Game 2 would be against South Burnaby Falcons. Despite having the bulk of the play and most of the possession we faced a determined opponent that just wouldn’t let us get into our stride resulting in a much less cohesive performance and a little less composure on the ball stopped us from creating the types of opportunities we created in the earlier game. However, determined to get the opening goal we would finally break down the stubborn opposition when Sam calmly guided in a great one time finish into the corner of the net from an excellent ball into the box from Axl. Jacob would soon add a second but again a late goal from the opposition would test the young groups nerves till the final minute. Game MVP – Matteo

Game 3 would be our toughest game in the group against the host Central City Breakers Elite 07 team. Our oppenets in this one sure could play and our defending from the front to the back had to be at its best along with some outstanding goalkeeping from Presley who made a number of first class saves to frustrate our opponents when they looked like getting the opening goal. However we also created some excellent chances with some sharp play to break down a well organized defence and took a lead on a finely executed breakaway when Luca coolly squeezed in a rebound at the goalkeepers near post from a tight angle. From this point the game opened up a bit with both teams each having opportunities to score with our group coming close to another goal when Callum thumped the crossbar from distance after a well worked free kick. At the other end our goalkeeper and Game MVP Presley was the difference in the end when he made a number of additional fine saves in the last few minutes to secure a hard earned win for his team.

Game 4 would provide our group the opportunity to finish with 4 straight wins should they be able to win this one. This time the opponent would be the Thunderbirds from South Burnaby and this group was a hard working group that did well to frustrate us and did a great job stopping us from playing the way we can whilst getting the opening goal against the run of play that would see us going behind for the first time in the tournament. Our U9 group recovered well and tied the game up with another important goal from Jacob and continued to create enough chances that should have allowed us to win this game quite easily. Both Callum and game MVP Hudson went closest when they hit the cross bar and post respectively and with some better decision making and pass selection at critical moments the group would have certainly got that go ahead goal.

A fantastic weekend with ample evidence of the progress being made with our youngest group. Well done to everyone !