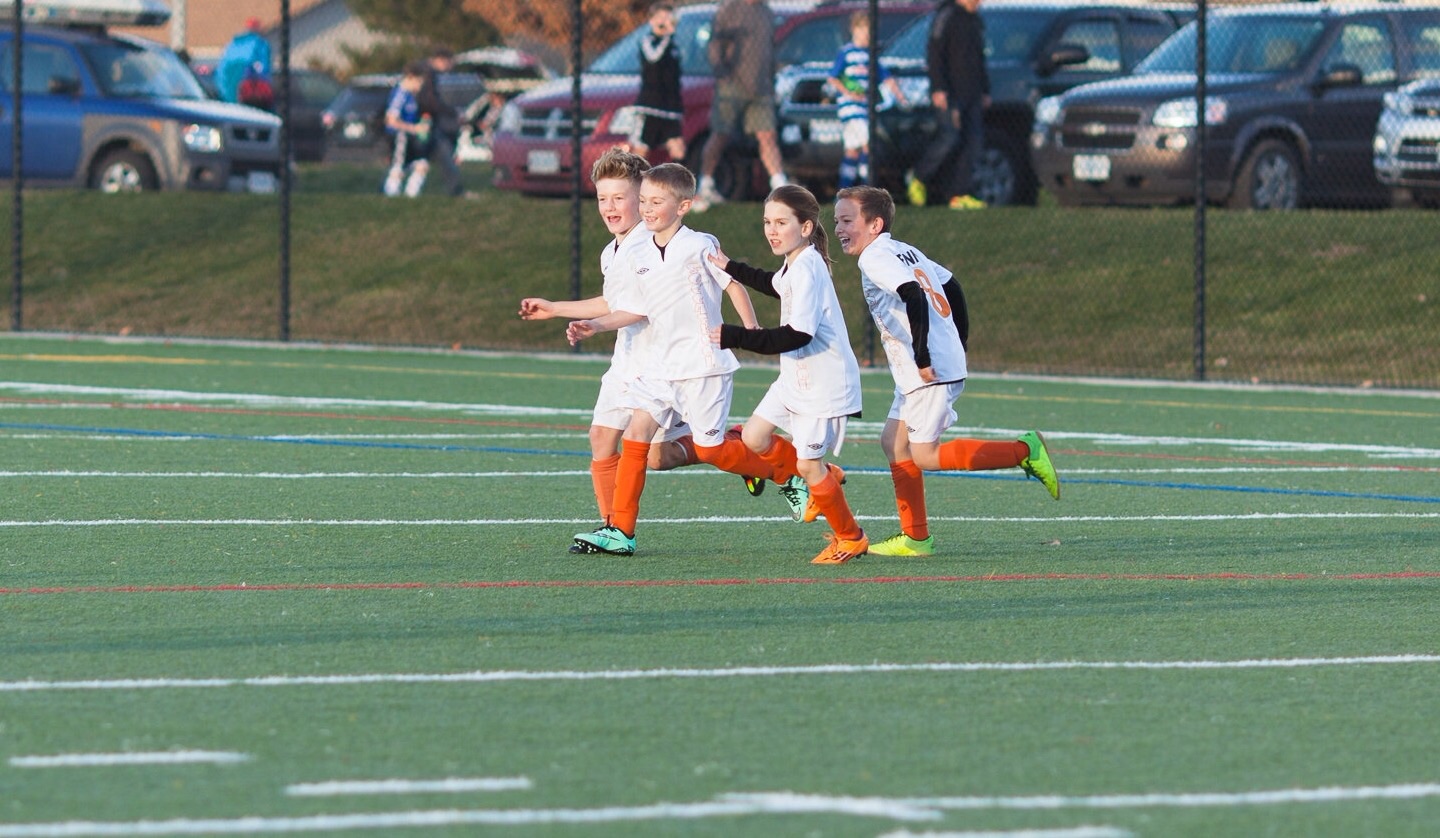 This past weekend our U9 development team would play two games in our Development Team Jamboree and demonstrated their continuing development and improvement in areas of focus since our last games. We opened the jamboree with a game against the U9 Soccer Quest from Kamloops. The group put in a very strong performance against a strong Kamloops team which had beaten them convincinly only a few months ago.

The opening stages of the game were relatively equal but once we got an opening goal from Jacob the group settled into some very good play. A spectacular second goal would soon follow when Matteo stepped out of defence unopposed and unleashed an unstoppable shot just inside the post from distance.

From here on our group continued to play some excellent soccer but without a solid defensive display from the entire group when out out of possession and some fantastic goalkeeping from Presley this game could have been closer.

As it was we would push on and record a fine 4-1 win with another goal from Jacob and one for Hudson.

In our second game of the day we would play EFS from Vernon. Our group would go on and record another 4-1 win with goals coming from Sam who got himself a double and a goal each from both Jackson and Finn. We never quite reached the same level of performance as we had in our earlier more challenging game but the group certainly recognized afterwards that it is important to play “our” game regardless of the level and or style of play of our opponents and that its always best to stick to our passing game to ensure the best performances and as a by product the best results.

All in a very pleasing day, with some very good periods of play and improvement and new areas of focus for this group to work on next time.