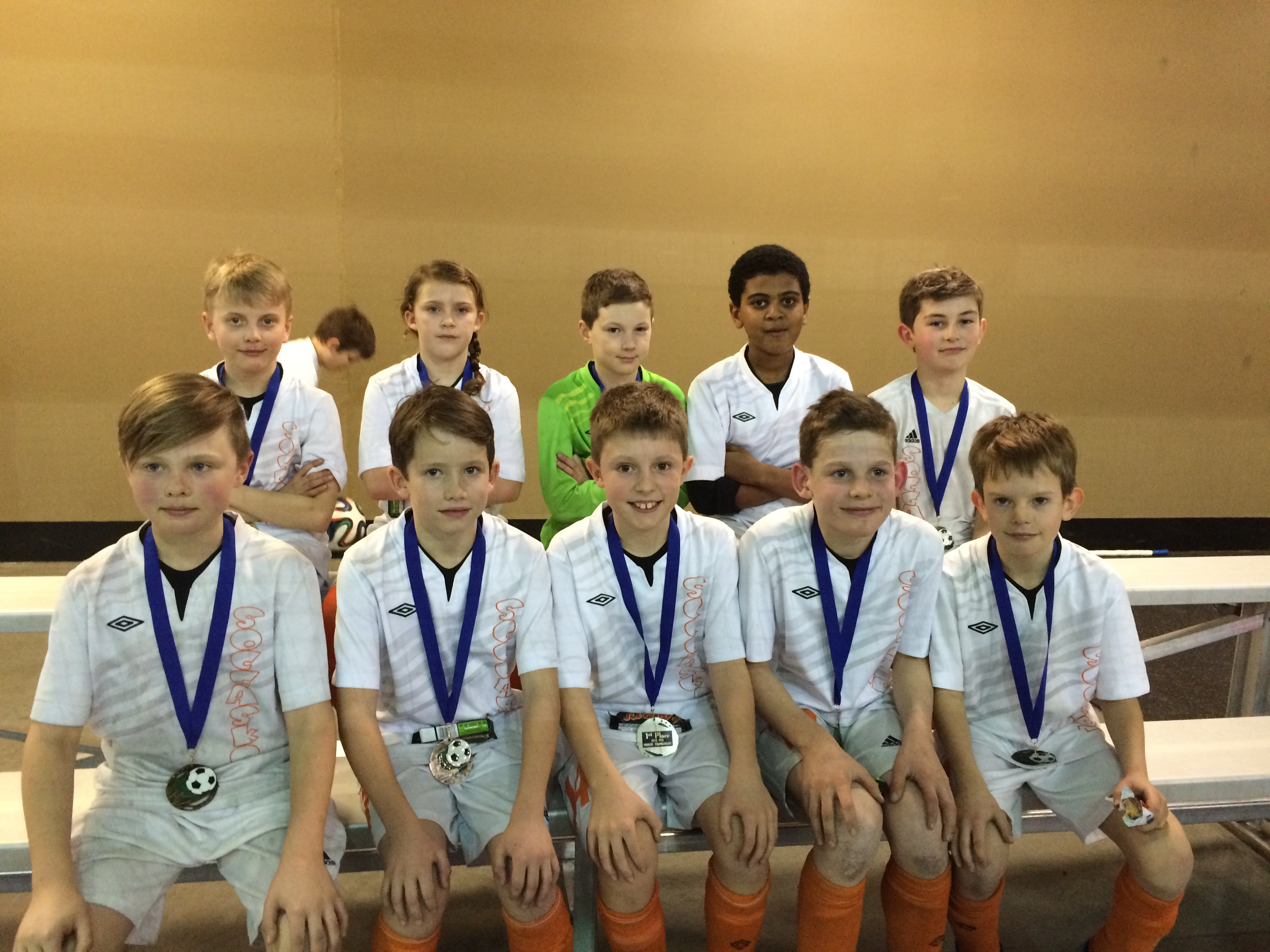 U10 Development Team continued its good form this weekend at the Penticton Indoor Tournament, and picked up their first medals of the season!

Playing in the U11/12 B Division, Soccaskool opened the event with an early morning demolition job of the hosts. Our passing was too crisp and our attacking play was way too fast for Penticton to handle as we romped to an 11-0 win. Multiple goals from strike force of Liam, Chase and Luka got the job done for us. Our central midfield duo of Charlie and Sam dominated the game from start to finish. This partnership in midfield continues to get better and is going to be a match for any team that we play against this year.

The second game of the day was a completely different affair, as we came up against EFS (Vernon) U11/12 boys. The Vernon team contained several excellent U12 players who were significantly bigger and faster than our group. However Soccaskool were able to show how much the other side of their game has also improved, as they were forced to defend for long periods of the game. Outstanding performances from Jack, Connor and Player of the Day, Kayden, meant that we kept a well earned clean sheet. At the other end, we are always very dangerous in front of goal, and strikes from Liam and Chase gave us an excellent 2-0 victory. As a result we finished unbeaten, top of the division, and with a gold medal to take home !

Our U11/12 team played in the same tournament at the U11/12 A Division and had a much more mixed bag of results. In the opening game against Penticton, we enjoyed long spells of possession and were looking very comfortable with a 3-0 lead going into the last 10 minutes of the game, goals from Daxton (2) and Koen. However, with several key players missing from the squad, Soccaskool were never quite able to finish off the game, and Penticton rallied at the end with 3 quick goals to earn themselves a 3-3 draw. Soccaskool were very disappointed to throw away a winning lead but, all in all, a very exciting game to watch with some good U12 soccer on display.

In the later rematch between these teams, we saw another very close contest, this time Penticton edged it with a narrow 4-3 win. Once again, Soccaskool were able to establish a lead but were unable to hold on as Penticton made full use of their advantages in key areas of the field to keep constant pressure on the Soccaskool back line. Goals from Soccaskool were scored by Hayden and Diego, with a PFC own goal as well.

The final game against EFS saw us come away with a 2-1 win. Another good, close match with Soccaskool dominating most of the possession but, once again, unable to completelyt finish the match off. Soccaskool Players of the Day for the tournament were Trayton, who was excellent in defence, and Jackson, who worked tirelessly up front and was very unlucky not to get on the scoresheet.