U10 Development Team excels in Penticton 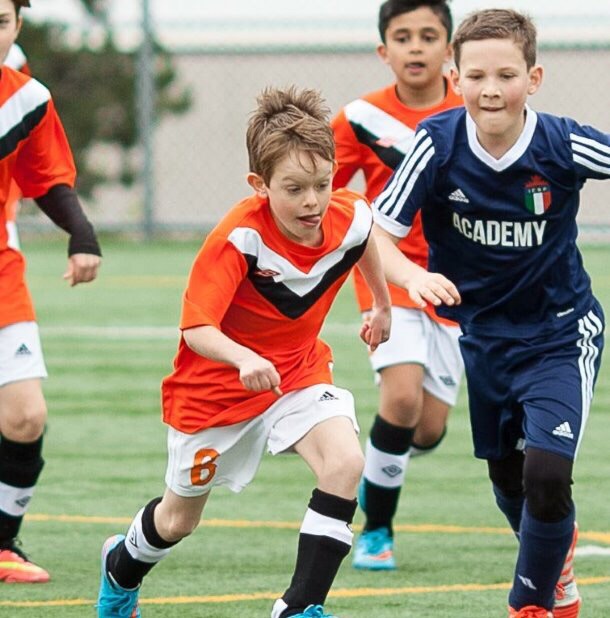 This weekend it was the turn of the U10 squad to get their 2016 playing season underway with a pair of matches in Penticton.

We played Soccer Quest Academy, who had made the long trip from Kamloops, in the first game. Soccaskool looked lively from the very beginning and began to control the game very early on. We kept the ball well and created several early chances. One of these fell to striker Liam, who got one on one with the outstanding Quest goalkeeper after about 15 minutes of Soccaskool pressure. Liam is very cool in those situations, and buried it to put us 1-0 up. However, despite several great chances, we were unable to build on the lead in the first half, and were caught napping just before half time as Quest equalized following some poor defending. Half time 1-1.

The second half followed the same pattern of sustained Soccaskool possession and pressure, and excellent defending and goalkeeper performance from Quest. Eventually the pressure paid off as captain Sam and Liam again gave us the goals we needed for a 3-1 win.

The second game was played straight afterwards against a fresh Penticton Pinnacles U11 team. Any fears that we may have been tired were soon dispelled, as Soccaskool dominated the game in every area of the field from start to finish. A 9-2 win was the eventual result with goals coming Luka (who amazingly got five of them !), two more from Liam, a debut goal for Chase and another goal from Captain Sam who was outstanding this weekend.

Similar to the U11-12s last week, our squad is strong in all areas, and we do not get weaker when we introduce players from the bench. Our defenders, Zach, Jack, Connor and Kayden are a formidable force. Our goalkeeper, Will, is excellent. Our centre midfield duo of Sam and Charlie are as good as it gets at U10. Our wide players, Luka, Lenny and Sophia are all dangerous. Our forwards, Liam and Chase can both score goals. We are becoming a top quality U10 team, and we have a great year ahead of us !

Well done U10s, a great start. Next week will be the turn of the U9s to complete a full set of January Penticton road trips and get their playing season underway